Meet Red in Ravaged With You! - J. Kenner Skip to content

Home » Blog » Julie/JK's Books » Meet Red in Ravaged With You!

It’s release day for Red and Jo in Ravaged With You, a sexy suspense filled with heat and mystery!

Grab it during release week for before the price goes up … AND for a special bonus!

I did some away-from-the-house research for this book, and had such a great time touring the Garrison Brothers distillery in Hye, Texas … and, of course, sampling their wares! How much fun was that? (Answer, LOTS).

Be sure to grab the book during release week! The price goes up to series pricing on Sunday night … AND until then, the book also includes a bonus epilogue for Destroyed With You! 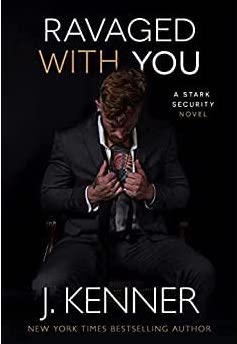 Retired from the military and finally free of the demons of past missions, former Special Forces soldier Charlie“Red”Cooper leads a blissfully calm life running his successful distillery. At least until the day he finds his partner and best friend drowned in one of their best barrels of whiskey. Now he must dredge up old skills and memories to not only avenge his friend’s death, but to protect the one woman who has always made his pulse race—his friend’s grieving widow.

Shocked by her husband’s death, Josephine Swift should be mourning, but instead she’s terrified and…pissed. Turns out the husband she’d fallen out of love with was into some seriously bad business. Even worse, he’s dragged her and his partner into his web of deceit and danger. Now his mistakes could get them both killed.

Jo is glad to have the benefit of Red’s skills to keep them safe. She shouldn’t be interested in him—especially not now—but there’s no denying the white-hot attraction that smolders between them. Red’s far too honorable to sully his best friend’s memory by giving in to his desire for Jo. But when their lives hang in the balance, all bets are off.

And as the depth of their passion grows, Jo dares to hope for a future. First, though, they have  to survive…