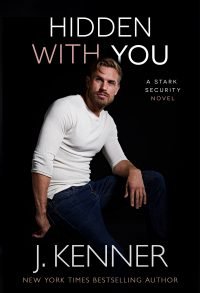 He was hired to kill her. He never expected to fall in love with her.

Former MI6 agent Jasper Kent gave up being a good man when his wife and daughter were murdered. Now, he’s a paid assassin for the highest bidder, using the payouts from his underworld contracts to fund his search for the man who killed his family. He gets the break he desperately craves when he’s invited to join Stark Security, a legitimate organization that knows nothing about his deadly side hustle, but provides the cover he needs for his private missions.

Then he hits the jackpot — kill the woman he’s been assigned to protect, and his payment will be the identity of the man who murdered his family.

Heiress Zelda Clayton has spent her life projecting a bubbly personality, certain that if she shows her darkness, she’ll be abandoned once again. Now the pulse-pounding attraction between her and devastatingly gorgeous bodyguard Jasper Kent is off the charts, and she’s terrified he will leave, too, breaking her heart right as she’s falling in love with him.

Hidden With You is Story # 8 in the Stark Security - Standalone Novels series.

Hidden With You - Buy Now