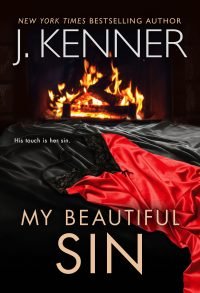 Everything Ellie thinks she knows is about to change.

Despite his dangerous past, billionaire Devlin Saint finally has Ellie Holmes in his life—and in his bed. Yet shadows still cling to Saint, obscuring his dark secrets and the confidences he swore never to reveal.

An investigative reporter, Ellie is certain the man she loves hasn’t told her everything. And when she starts receiving anonymous warnings about Devlin, she vows to investigate. Soon it becomes clear that Devlin isn’t the only one with things to hide, and the more Ellie learns, the more she realizes how dangerous it is to love Devlin Saint.

His touch is her sin…

My Beautiful Sin is Story # 2 in the Saints and Sinners series. 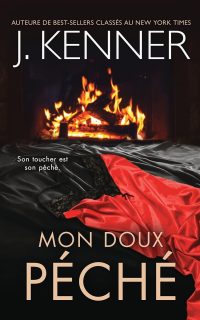 Devlin Saint propped himself up on his elbow and gazed down at the naked woman sleeping beside him, her pale skin illuminated by a shaft of moonlight, her soft brown waves fanned out on the white pillow.

Gently, he ran his hand over her bare shoulder, then down her arm, relishing her heat and the softness of her skin beneath his palm.

The word flashed neon in his mind, and he had to bite back an ironic chuckle. He hadn’t felt possessive of a woman since his first love, and he’d been a different man then. A different name. A different look.

In the years since he’d left Alex Leto behind and become Devlin Saint, the women in his life had been disposable, and he’d never expected that to change. There was no woman who had charmed or challenged him. No woman who’d made his heart sing. Not a single female for whom he’d felt even remotely possessive. Only that first, lost love.

The same woman who, through some miracle he didn’t deserve, was now curled up beside him, her soft skin teasing his senses as his mind struggled to believe that she was his again after all this time. That somehow, despite who he was and what he’d done, she believed in him enough to fight her way back into his life.

His El. His love. His light.

She’d been his heart all those long years ago. The best part of him. The part that made him want to be a better man.

The part that he’d clung to and cherished and tried to keep alive during the hellish years after he’d walked away.

He hadn’t wanted to leave her, and looking at her now, he couldn’t remember how he’d ever found the strength. Except that he’d had to. There’d been no other choice. It hadn’t been about him, but about her. About keeping her safe. Because being aligned with him in those cold, dark days would have been no life at all.

And now? The voice in his head was harsh. Is it really so different now?

With a sigh, he slipped from the bed, careful not to wake her. He crossed to the sliding door and looked out toward the moonlit ocean. The night was quiet, peaceful, and he embraced it, knowing better than most that such moments were all too rare.

Then he turned to look back at Ellie, enjoying the way the moon’s kiss set her skin aglow. For as long as he’d known her, she’d burned from within, as wild and bright as a living flame lighting his way.

Christ, she was everything to him.

Slowly, so as not to wake her, he returned to the bed and slid in beside her, his fingertips once again drawn to her soft curves.

Damn him for ever leaving her. And damn him now for fighting for her. For claiming her. For drawing her in instead of shoving her away when he’d had the chance, not to mention the strength.

But he couldn’t bear the thought of being without her. So he’d allowed her into his orbit, knowing damn well that was a dangerous place to be.

He was a selfish bastard, but how could he push her away when he finally understood how dead he’d been inside for the last ten years? She’d brought him back to life. She made him whole.

He’d told the truth when he’d sworn to protect her. He only hoped that he could. Because the wolves were circling. Soon, they’d attack, letting loose a swarm of secrets he’d tried to keep contained. Secrets he kept hidden from the world. From the public that thought of him only as a reclusive and intriguing philanthropist.

And, yes, secrets he still hid from El.

Not paltry secrets like the identity of his father or even the truth surrounding the death of her uncle. But bone-deep confidences and dangerous lies.

His biggest fear was that once revealed, he’d lose Ellie all over again.

For now, though, she was his, and his secrets were safe.

And Devlin was going to do his damnedest to make sure it stayed that way.