Home » Books » The Steele Stories (Stark International) » On My Knees 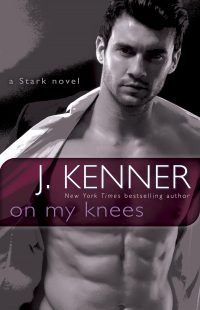 Jackson Steele and Sylvia Brooks continue to thrill in the second novel of a scintillating, emotionally charged new trilogy that returns to the world of J. Kenner’s beloved Stark novels: Release Me, Claim Me, and Complete Me.

I never thought I’d lose control, but his desire took me right to the edge.

Powerful, ambitious, and devastatingly sexy, Jackson Steele was unlike any other man I’d ever known. He went after what he wanted with his whole mind, body, and soul—and I was the woman in his sights. One touch and I surrendered, one night together and I was undone.

Jackson and I had secrets, dark pieces of our pasts that threatened to swallow us both. We couldn’t outrun our demons, or the people trying to tear us apart. But in our passion we found salvation, and in each other’s arms we found release.

I was scared to trust Jackson fully, to finally let go. Yet no matter the dangers that lay ahead, I knew I was his—and now that we’ve laid claim, there’s no more holding back.

On My Knees is intended for mature audiences.

More About This StoryRead an Excerpt

On My Knees is Story # 2 in the The Steele Stories (Stark International) series.

On My Knees - Buy Now 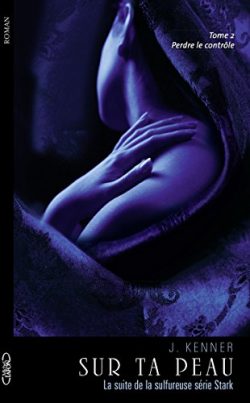 Jackson Steele tossed back the last of his scotch, slammed the glass down on the polished granite bar, and considered ordering another.

He could use it—that was damn sure—but probably better to have a clear head before he went to answer his brother’s summons.

That was something he didn’t say every day. Hell, he’d spent his entire life avoiding saying it. Been told he wasn’t allowed to say it.

“Sometimes families have secrets,” his father had said.

Wasn’t that the fucking truth?

The great and glorious Damien Stark—one of the world’s wealthiest and most powerful men—had no idea that he and Jackson shared a father.

But in about fifteen minutes he’d know. Because Jackson was going to tell him. Had to tell him.

He held up his hand to get the bartender’s attention because, screw it, right now he really could use another drink.

The bartender nodded, poured two fingers of Glenmorangie, neat, then slid the glass back to Jackson.

He hesitated, bar rag in hand, until Jackson finally looked up and met his eyes. “Something else?” Jackson asked.

“Sorry. No.” It was a lie, of course, and as Jackson watched, the bartender’s cheeks turned pink.

The bartender, whose name tag identified him as Phil, was in his early twenties, and with his hair slicked back and his perfectly tailored dark suit, he looked as essential to the Gallery Bar—which epitomized the glamour and excitement of the 1920s—as the polished wood, glittering chandeliers, and ornate carvings that filled and completed this space.

The historic Millennium Biltmore Hotel had always been one of Jackson’s favorite places in Los Angeles. As a teenager, when he’d only dreamed of becoming an architect, he would come as often as he could, usually begging a friend with a car to bring him up from San Diego and drop him downtown. He would wander the hotel, soaking up the exquisite Spanish-Italian-Renaissance style architecture that blended so well with the California location. The architects, Schultze and Weaver, were among Jackson’s idols, and he would spend hours examining the fine detail in all of the elements, from the elegant columns and doorways, to the exposed wood-framed roofs, to the intricate cast iron railings and elaborate wooden carvings.

As with any exceptional building, each room had its own personality despite being tied together by common elements. The Gallery Bar had long been Jackson’s favorite space, the live music, intimate lighting, excellent wine list, and extensive menu adding value to an already priceless space.

Now, Phil stood behind the long granite bar that served as one of the room’s focal points. Behind him, a menagerie of fine whiskeys danced in the glow of the room’s dim lighting. He was framed on either side by carved wooden angels, and in Jackson’s mind, it seemed as if all three—angels and man—were standing in judgment over him.

Phil cleared his throat, apparently realizing that he hadn’t moved. “Yeah. Sorry.” He started to exuberantly wipe the bar. “I just thought you looked familiar.”

“I must have one of those faces,” Jackson said dryly, knowing damn well that Phil knew who he was. Jackson Steele, celebrity architect. Jackson Steele, subject of the documentary, Stone and Steele, which had recently screened at the Chinese theater. Jackson Steele, newest addition to the team for The Resort at Cortez, a Stark Vacation Property.

The latter, of course, is what would have put Jackson on Phil’s radar. This was Los Angeles, after all, and in Los Angeles, anything entertainment related passed as hard news. Forget the economy or strife overseas. In the City of Angels, Hollywood trumped everything else. And that meant that Jackson’s picture had been plastered all over the newspapers, local television and social media.

He didn’t regret it. Not the fight. Not the arrest. He didn’t even regret the press, although he knew that they would dig. And if they dug deep, they’d find a whole cornucopia of reasons why Jackson might want to destroy the pathetic Mr. Reed.

Well, let them. He wasn’t the least bit repentant. Hell, if anything he wished he could do it again, because the few punches he’d managed to land on Reed had only been satisfying in the moment. But every time he thought about it—every time he pictured what the son-of-a-bitch had done

He should have killed the bastard.

She’d been only fourteen at the time. A child. An innocent. And Reed had used her. Raped her. Humiliated her.

He’d been a photographer then, and she his model. A position of power and of trust, and he’d twisted that around, making it vile and dirty.

He’d hurt the girl, and he’d damaged the woman.

And Jackson couldn’t think of anything bad enough that could happen to the man.

He closed his eyes and thought of Sylvia. Her small, slim body that felt so right in his arms. The gold that highlighted her dark brown hair, making her face seem luminous. Christ, he wanted her beside him now. Wanted to twine his fingers through hers and hold her close. He wanted her strength, though she didn’t even realize how strong she was.

But this was something he had to do alone. And he needed to do it now.

He slid off the stool, then dropped a fifty on the bar. “Keep the change,” he said, then watched as Phil’s eyes went wide.

He left the bar, then moved quickly through the hotel’s glittering lobby to the main entrance that opened on South Grand Avenue. Stark Tower was just up the hill to the east. It was a cool October night, and the building glowed against the coal black sky. Right now, Damien Stark was in the penthouse apartment with his wife Nikki, probably unpacking after returning from their long weekend in Manhattan.

Stark’s second assistant, Rachel Peters, had called Jackson that morning. “He’ll be back from New York this evening,” she’d said. “And he wants to see you tomorrow at eight sharp before the regular Tuesday briefing.”

“About the resort?” He’d asked the question casually, as if he couldn’t imagine any other reason that Stark would want to see him.

“He didn’t say. But I thought—I mean, I assumed—” He heard her draw a deep breath before her voice dropped to a stage whisper. “Well, don’t you think it’s probably about the arrest? And all the press coverage?” He shook his head at the memory, half-irritated and half-amused. Fucking summoned.

If this was only about work, he would have waited until morning and gone at the appointed time. But this was personal, and he needed to do it now.

He’d already called security, and he knew that Stark’s helicopter had landed over an hour ago. He also knew that Stark was staying in the Tower apartment overnight, not bothering to make the drive to his Malibu house.

It was eight o’clock on a Monday night, and it was time for Stark to know the truth.

As he trudged up the hill, Jackson thought about how quickly things had changed. A month ago, he would have rather eaten nails than work for Damien Stark. But then Sylvia had approached him with the kind of project that is any architect’s wet dream. To design a resort from the ground up. And not just any resort, but one located on its own private island. And she was handing him a blank slate.

The overture had surprised him for a number of reasons, not the least of which being that five years ago she’d ripped a hole in his heart, brutally and permanently ended things between them.

The loss had devastated him, and he’d eased his anger in the ring and in his work. Winning—and losing—fight after fight. Burying himself in his commissions, his reputation growing as his projects became more and more ambitious.

Work may have been his savior, but working for her—hell, working for Stark—was not something he was prepared to do. He knew damn well he couldn’t bear the pain of being around Sylvia. Of working so intimately with her.

And as for Stark…well, Jackson had plenty of reasons not to work for or trust the man, not the least of which was that Jackson didn’t want to see his work shadowed by the Stark name and logo.

But revenge is a powerful motivator.

So he’d said yes, fully intending to take her to the edge of pleasure. To reclaim her. To bind her so close to him that she could see no one else, feel no one else, dream of no one else. And then, when she was stuck fast in his web, he would clip the strands and walk away, leaving the resort to flounder, and leaving Sylvia exactly the way that she had left him, drowning in pain and loss and misery.

Dear god, he’d been a fool.

He’d accepted the offer to design The Resort at Cortez for the worst of reasons. To hurt the woman who’d hurt him. To screw with the brother who had been the focal point of so much shit in his life. Who’d tugged hard and unraveled the threads of his life. Pulling his father away. Ripping his family apart.

Now, the woman meant the world to him, and he would enthusiastically destroy anyone who hurt her.

Now, the job was his passion, a project that was already fully formed in his imagination and sketches.

And as for the brother, nothing much had changed. Once again, it was Damien Stark who had the power. Who could, in one quick violent motion, tear the world out from under Jackson’s feet.

All because he wanted a job.

All because he loved a woman.

All because in addition to controlling so much of the known fucking universe, Damien Stark controlled Jackson’s world as well.

And what Jackson feared tonight was that when Stark knew the truth that had been kept from him for over thirty years, that Stark would wield his power like a blunt instrument.

But Jackson was a fighter, and if it came down to brother against brother, he’d do whatever was necessary to be the man left standing.

Click here to learn more about the Stark International series!