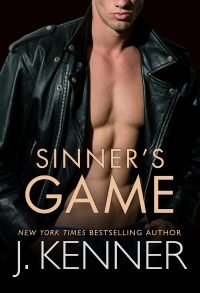 What’s more dangerous—a killer attraction that breaks all the rules, or the true killer who’s closing in?

Security consultant Ronan Thorne might be sex on a stick, but that doesn’t mean I should want him. After all, I’m Brandy Bradshaw, the Girl With the Worst Luck With Men. As for that one kiss we shared? That was nothing but a drunken mistake between friends. I know perfectly well that Ronan’s not a relationship guy. He’s got dark edges and dangerous secrets and so many scars.

But when I find my landlord dead in my living room, shot with a single bullet to the head, Ronan’s the man I cling to. I feel safe in his arms, and he has the skills to figure out what’s happening.

Except what he learns is that a case of mistaken identity has made me the next target.

Now we’re on the run together, but I’m not prepared for the heat that flares between us, or the tantalizing things he does to my body when we give in to temptation. He soothes my fear by showing me a different type of danger, sensuous and wild. It’s miraculous and wonderful, but terrifying, too. Because as soon as we catch the killer, I’m afraid Ronan will leave. And when he does, I know my heart will shatter.

From the New York Times bestselling author who brought you Damien Stark comes a sexy and suspenseful romance between a woman in jeopardy and the reluctant hero determined to save the girl but not lose his heart.