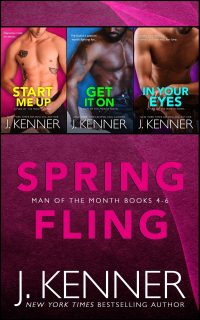 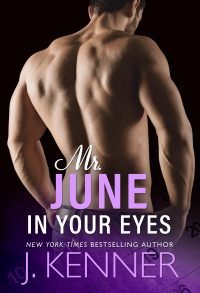 In Your Eyes is the sixth in a binge-read series by New York Times, USA Today, Wall Street Journal, Publishers Weekly, and #1 International bestselling author of the million copy Stark series, J. Kenner.

BUY In Your Eyes NOW! 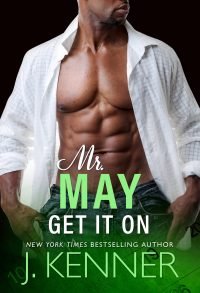 Fate’s been messing with me. It took my buddies in combat and my wife in a fatal car accident. But I’ll be damned if I’ll let Fate take my beloved bar, The Fix on Sixth, so every bit of my focus is on saving my business.

Or it was. Because all that changed when the first woman who ever touched my heart walked back into my life—along with the daughter I never knew I had.

Eva’s sensual curves and sharp wit still capture my heart and rekindle my senses. Now—for the first time in forever—I’ve found a passion that’s worth fighting to keep other than my bar.

But Fate’s not through yanking my chain, and in one final twist, it pits the bar I can’t bear to lose against the woman who’s stolen my heart.

BUY Get It On NOW! 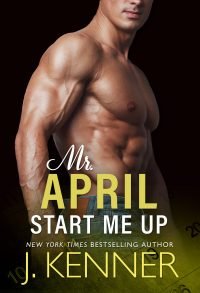 A high school drop-out with only his twisted sense of humor and panty-melting good looks going for him, Nolan Wood has turned a small radio gig into a thriving career.

Now a local celebrity, Nolan never wants for female companionship. But he never gets too close. And he damn sure never lets them see the man—or the pain—behind the jokes.

Then a one-night stand changes everything.

Career-focused, goal-oriented, and buttoned-down accountant Shelby Drake isn’t the kind of woman who’d usually catch Nolan’s attention, but her soft mouth, hidden curves, and deep sensuality blow his mind. And after only one taste, he wants more.

But Shelby wants nothing more to do with him. And now the radio playboy is on a sensual mission to convince her that opposites really do attract.

Her pleasure is his passion.

BUY Start Me Up NOW!

Spring Fling is Story # 15.2 in the Man of the Month series.