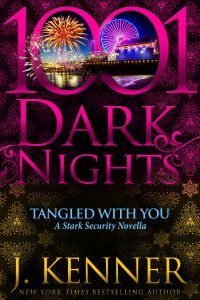 He never expected to feel this kind of heat again…

FBI agent Ollie McKee is burned out on relationships. After a head-spinningly on-again/off-again relationship with his former fiancée, he’s been out of the dating pool for years. Now he’s focused on his career—and it’s getting more intense. Because Ollie’s ex was just kidnapped, and despite the rules, he’s resolved to work the case and find her.

Stark Security agent Trevor Barone knows better than to fall for a friend, especially one who’s straight. But there’s no denying the way his heart and body react around Ollie, especially after the last quick mission they worked together. He swore to himself to keep his distance. But now Ollie’s begging for his help. The woman he once loved—maybe still loves—has been kidnapped, and Ollie’s determined to bring her home alive. Trevor’s not about to let his friend down, but as they work the case together, the attraction and connection between them can’t be denied.

When the kidnappers turn deadly, Ollie and Trevor put their lives in each other’s hands. But can they trust the passion that threatens to consume them both?

**Every 1001 Dark Nights novella is a standalone story. For new readers, it’s an introduction to an author’s world. And for fans, it’s a bonus book in the author’s series. We hope you’ll enjoy each one as much as we do.**

Tangled With You is Story # 10 in the Stark Security - Standalone Novels series.

Tangled With You - Buy Now