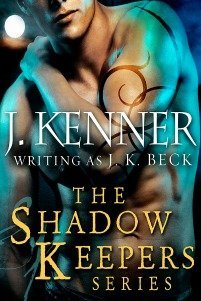 Before Release Me and Claim Me turned J. Kenner into a sensation, this electrifying author had been thrilling paranormal romance readers for years as J. K. Beck. Now, this eBook bundle brings together the six novels and short story that comprise her entire Shadow Keepers series.

In this seductive world, vampires and werewolves wage an age-old feud on the fringes of human society. As Los Angeles teeters on the brink of apocalypse, the Shadow Alliance is dedicated to keeping the peace— and keeping their secrets. From a half-daemon master of control and the sinfully sweet reporter who makes him crave the pleasures he’s denied himself for centuries, to the strong-willed, ravishing succubus who must join a ferociously alluring enemy to survive an even more lethal threat, their stories reveal what it means to surrender to immortal and passionate love. 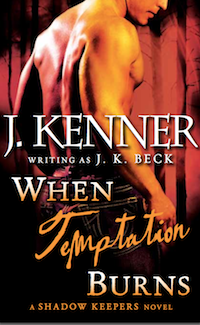 Half human, half daemon, Ryan Doyle is a driving force for justice. As an agent for the Preternatural Enforcement Coalition, he’s investigating murders linked to a Los Angeles fringe group bent on exposing the shadow world to humanity. He is a master of self-control, keeping his deepest hungers hidden beneath a veneer of cool professionalism. Until he crosses paths with sinfully sweet Andy Tarrent— a gutsy reporter who makes him crave all the pleasures he’s denied himself for centuries.

Tracking a band of conspiracy theorists eager to spill blood, Andy has uncovered the story of her career. Brooding, mysterious Ryan is an enigma— but their dance of seduction is hotter than any fantasy. As they race to stop mass murder on the streets, Andy knows that Ryan is holding back, keeping secrets. But getting close to Ryan means opening the door to a world that will challenge her deepest beliefs— including what it means to truly surrender to love.

BONUS: This edition contains an excerpt from J. Kenner’s Release Me. 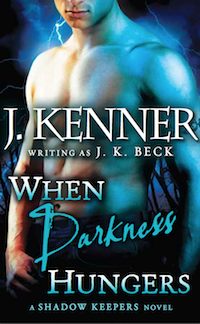 FBI agent Alexis Martin knows that vampires exist– because one of them killed her sister. Assigned to investigate a series of bizarre homicides in Los Angeles, Alexis believes the murders are the work of rogue vampires, perhaps even the monster responsible for her sister’s death. Now she finally has a chance for retribution. Even better, Alexis receives unexpected help from a sexy stranger as hungry for rogue blood as she is.

Serge is a centuries-old bad boy who stays off the grid– keeping his secrets, his hunger, and his heart safe from exposure. A new breed of vampire that feeds off other shadowers, Serge finds sweet torture in Alexis’s arms. Loving her is a chance to be free from the hiding, the loneliness, the secrecy. But the truth about what he is, and what he’s done, may banish him to the dark confines of his own private hell– and destroy the beginnings of their love.

Bonus: This edition contains an excerpt from J. Kenner’s Release Me. 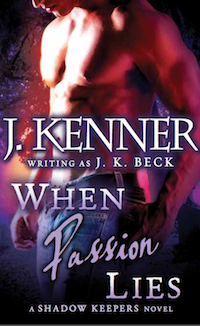 Tiberius is a vampire dedicated to protecting his kind– and the secrets of the shadow world. Now, as his quest to become head of the Alliance draws within reach, a shattering new threat puts him to the ultimate test. It’s a nightmare of grim proportions: a dark plot to bring about the mass extermination of human and shadow alike. And it forces Tiberius to turn to the woman he loved and lost, the lover he still desires but doesn’t trust.

Caris was Tiberius’s mate for centuries– until a fateful mission changed her forever. Her tortured secrets drove her into the arms of his rival, but desperation has brought her back. As a horrifying new weapon of mass destruction is about to be unleashed, Tiberius and Caris harness the power of their immortal and passionate love. But will it be enough to battle devastating odds and a ruthless enemy with the ambition to destroy them all?

Don’t miss the short story “Shadow Keepers: Midnight” in the back of the book.
Bonus: This edition contains an excerpt from J. Kenner’s Release Me. 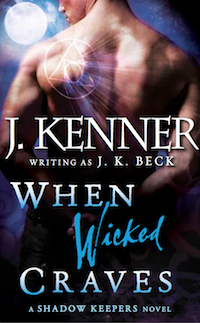 Nicholas risked his own life to save Petra, yet he knows he can never give in to the explosive attraction he feels for her. But the deep yearning they share tempts them. Together, they must find a way to lift the curse. For only a love this strong has the power to overcome such monstrous evil.

Bonus: This edition contains excerpts from J.K. Beck’s When Passion Lies and J. Kenner’s Release Me. 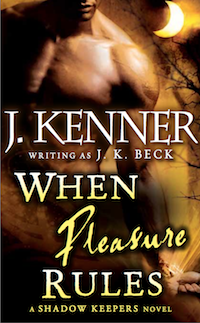 From J. Kenner, the New York Times bestselling author of Release Me and Claim Me, writing as J. K. Beck.

Seven innocents have been brutally murdered in Los Angeles, yet the Shadow Alliance has no suspects and no leads. As the body count mounts, the age-old feud between vampires and werewolves threatens to explode.

Lissa Monroe— a strong-willed, ravishing succubus who entices men to surrender their souls— agrees to go undercover for the Alliance. Her mission: infiltrate the mind of werewolf leader Vincent Rand, a ferociously alluring enemy who exerts a powerful hold over her. As the City of Angels teeters on the brink of apocalypse, these two adversaries must join together in order to survive an even more lethal enemy hidden in plain sight. 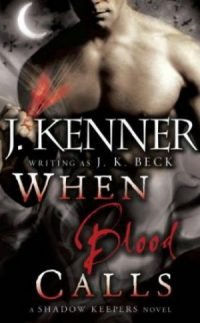 Attorney Sara Constantine is thrilled with her promotion— until she finds out that she must now prosecute vampires and werewolves. The first defendant she’ll be trying to put away? Lucius Dragos, the sexy stranger with whom she recently shared an explosive night of ecstasy.

When Lucius kisses a beautiful woman sitting next to him at the bar, he’s hoping only to avoid the perceptive gaze of the man he’s planning to kill. But what starts as a simple kiss ignites into an all-consuming passion. Charged with murder, Luke knows that Sara is determined to see him locked away— unless he can convince her that he’s not a monster. And that might mean making the ultimate sacrifice.

Bonus: This edition contains excerpts from J.K Beck’s When Pleasure Rules and J. Kenner’s Release Me.

Praise for The Shadow Keepers series

“A wonderful world readers will want to visit time and time again . . . Beck can always be counted on for a fantastic paranormal tale.”—RT Book Reviews