Home » Books » Man of the Month » Hold On Tight 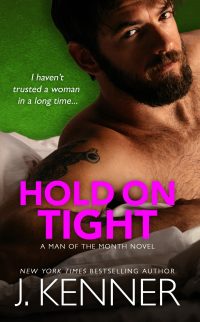 Man of the Month 2

A hard body. A dangerous past.

A former reality-TV star, remodeling expert Spencer Dean doesn’t trust women. Not after his fiancée, Brooke, left him at the altar five years ago, breaking his heart and hardening his soul.

Now, Brooke is close to a deal for her own show that will launch with the remodel of a popular Austin bar. The problem? The network insists that Spencer step in as her partner.

He’s tried to forget her— but he can’t deny that he still wants her. More than that, he wants to punish her. And so he agrees, but only on terms that are provocative, demanding, and wildly sensual.

It’s the perfect set-up for extracting revenge. But he doesn’t expect to fall for Brooke all over again…

Hold On Tight is Story # 2 in the Man of the Month series.

➜  Add the series on Goodreads

The newest installment in the Stark Saga featuring Nikki and Damien Stark!