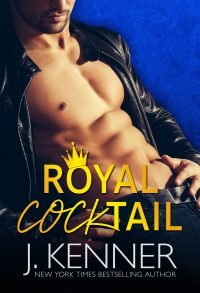 Passion ignites between a playboy prince and a determined law student, but when the demands of the throne call, can they get a fairy tale ending?

Prince Leopold of Avelle-am-see is destined to rule his small European country. And he doesn’t want to. His dreams involve a laboratory, not a throne, and his savvy older sister would be so much more qualified, not to mention eager to rule. His entire life, Leopold has rebelled against the inevitable, gaining a reputation in Europe as a bad boy royal with a chip on his shoulder. Years ago, he had to walk away from the love of his life in the States to tend the crown while his father was ill. Now, with his dad back in fighting shape, Leopold jumps at the chance to return as a grad student and reclaim the magic of the past.

Skye Porter dodged a bullet when Leo left Austin. The public scrutiny and tabloid craziness of royal life was, and still is, a hard pass. But when she spots him at their favorite Austin bar and almost blows his cover, she realizes how much she missed him. Now a rising star at a local law firm, Skye is living her dream. She has no time for, or interest in, a playboy prince. Yet, she’s still  charmed by him and surrenders to one more wild fling, just for the short time he’s in town. It’s decadent and wonderful, but now her heart is at risk all over again.

When the press finds Leo in Skye’s arms, their secret is out. Leo must return to his duty, and Skye can’t open herself up to a public life, nor does she want to leave her success behind. Can a reluctant royal and the girl next door find a fairy tale ending?

Royal Cocktail is Story # 13 in the Man of the Month series.